Home » Blog » From our Founder: What Really Happens Backstage at TED 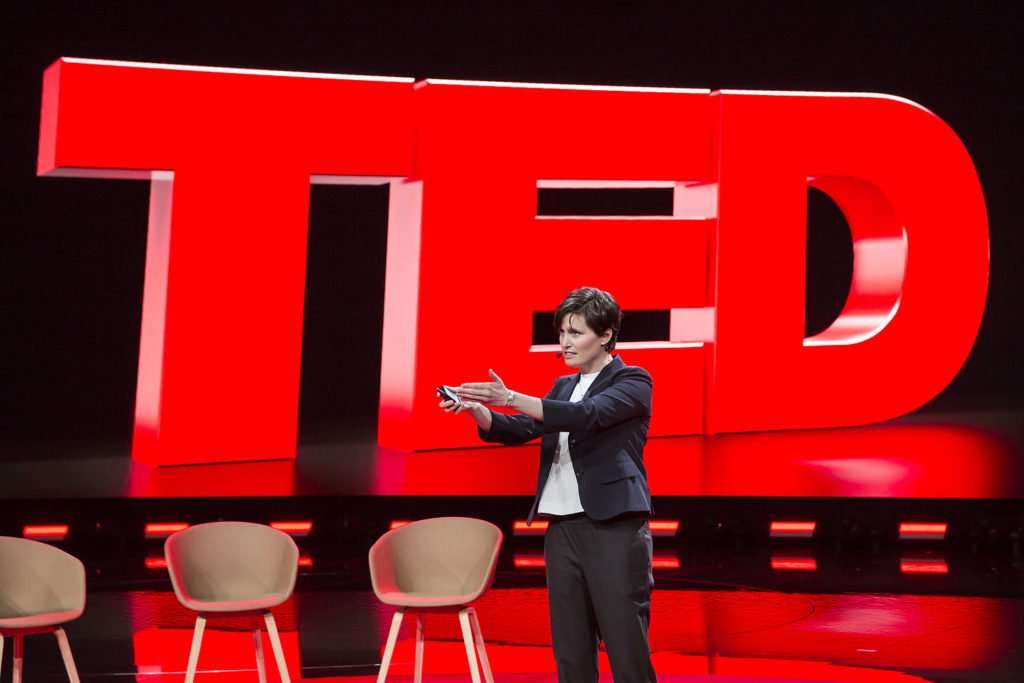 From our Founder: What Really Happens Backstage at TED

As you probably all know, I am the founder of movmi Shared Transportation Services. What you might not know is that I’ve been doing yoga as long as I’ve been working in shared mobility. In fact, I’m also a Certified Hatha and Yin Yoga teacher.

It all started after the crazy launch period of my first ever carsharing project, car2go. My normal morning routine back then went a little something like this: wake up, look at inbox immediately, start to panic, and carry that anxiety throughout the day while trying to accomplish all my tasks. During this time of my life, I also had no idea that I would be launching movmi – my very own company – within a handful of years. Or – fast forward 7 years – I’d be preparing for a real live TED talk in New York City. The big stage.

I, like many other professionals I know, have a fear of public speaking. Like, a real fear of it. I almost let this fear hold me back from applying for Next Visionaries. But a little morning routine I established back then in that fateful year of 2010 must be at least partially to thank for me having recently won Next Visionaries 2017, and for having now a real TED talk to prepare for.

I don’t go straight to my inbox but instead, straight to my living room, where I practice a few yoga poses and a couple of sun salutations (if it’s going to be a really kickass day) and then I meditate for 5 to 20 minutes. I let the latter timeframe remain flexible because, well, some days are just busier than others.

What Happens at TED Shouldn’t Stay at TED The day before our Next Visionaries TED presentation in partnership with BMW in Frankfurt, myself and the 5 other visionaries realised that we all were humans and had nerves.

Deemed the “fantastic six” by Next Visionaries, namely Ira Munn, Jeremiah Owyang, Tom Moloughney, Sebastian Gabor, and Aarjav Trivedi we were technically competitors, but the community-feel was helpful and warming during this scary and exciting time.

We exchanged stories on how we keep calm before the storm: from gripping your toes into the carpet to feel grounded to listening to kickass music just before heading up on stage, we all had our secret “sauce”.

The best way I know is an intense physical round of yoga the morning off any presentation.

I wanted to contribute what I knew would help me during this trembling state to the others: and so we went for it. Yoga. In the conference room at our hotel, four of us participated in the morning-of-TED-presentation-attempt-to-distract yoga. To honour that spirit, TED curator Bruno Guisani even let me take a crow pose on the famous red dot.

After being named the winner of Next Visionaries 2017, I once again know I have my yoga practice to thank. But more so than that, I have movmi’s supportive team behind me and the remainder of our team of six – each one of which is truly fantastic (if you haven’t checked their talks out, you should, they are on the NextVisionary website). 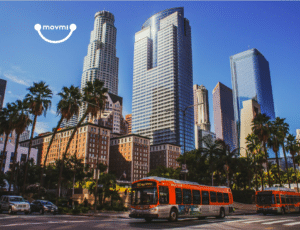 Vancouver, Canada, January 22, 2019 – Los Angeles remains a car-dependent city – with twice the percentage of commuters using a car to get to work as in San Francisco… Read More 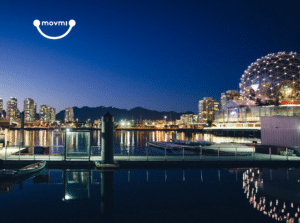 Vancouver, January 21, 2019 – The City of Vancouver remains the continent’s car-sharing capital, but has slipped two spots in an annual assessment of the current scope of and expansion… Read More 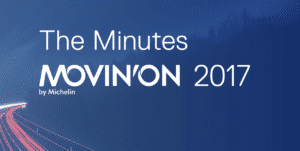 Movin'On Conference by Michelin, previously the Michelin Challenge Bibendum, is an annual two day event full of talks, panels, workshops, masterclasses, labs and experiences all centred around shared mobility. As we… Read More