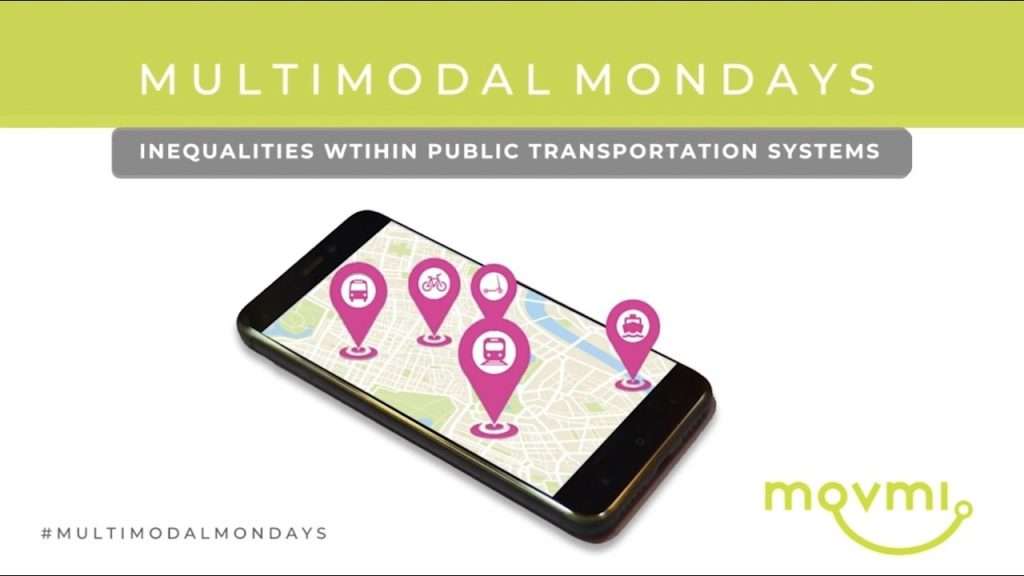 What the micro-webinar below! Keep reading for a summary of the discussion or check out more of our Multimodal Monday episodes here.

Canon is from the Opaskwayak Cree Nation, Treaty Five, Northern Manitoba. She is a third year Indigenous Studies student at Laurentian University. Prior to working with movmi in the shared mobility industry, Canon had plenty of ‘on-the-ground’ experience within transportation sector. She worked as a track worker, fixing subway and street car tracks with the Toronto Transit Commission and also worked as a long-haul tracker through both Canada and the United States. She has a passion for public transportation and her experience has allowed her to see first-hand the systems in place across many cities in North America.

From your experience and in your opinion what city has the best public transportation service?

I personally think Toronto has a good public transit, in particular the subway. I love that you can ride the subway with just about anything, you could even take a canoe on board with you. Whilst living there without a vehicle I was even able to take my dog on board the TTC. I found that in many cities this wasn’t an option unless you were traveling with a service animal. I think this is something that is overlooked in our cities. Even if my pet isn’t a service animal, she is still a companion to me. As a single person I like to travel with my dog and maybe people feel safer traveling alone with their pets, as a form of protection.

I think it’s because I grew up beside a river and I also had dreams of building a raft and sailing down that river. I grew up in a northern remote Indigenous community which was also a lumber town, so the flotillas carry wood down stream fed my imagination. As a child I was also encouraged to be on the move and outside. I loved exploring the bus and read lots of old books about Robinson Crusoe and all the great adventurers so it was always my dream to go out and explore the world. In order to go out and explore the world, you need the ability to do so, whether that is your own feet or wheels or flying, it’s just a fact.

When I worked with TTC I think it was only around $1.10 to ride on public transportation and now it’s over $2.50, maybe even $3.00 at this point. As a daily commute, that can make or break somebody, especially if they aren’t making enough money in their job to cover their commuting costs. Not only can many not afford to get to work, but they may not be able to get to their childcare either. Cities are great because they create these networks that allow people to reach different communities with the city, but if not everyone is able to afford to get to these communities and it can be very isolating.

If you also look at the physical needs required to use public transportation, sometimes it falls short. For example people who are wheelchair dependent may not be able to get up that one step that will allow them to access public transportation – which creates further isolation for people with physical disabilities. One thing we need to realise is that we are all just temporarily abled people. We are all going to get old, we could suffer a fall or have an accident at any point. I had a car accident recently and it could have turned out much worse for me. Anything can happen at anytime to anybody. Inclusive transportation to me is one that is accessible to everybody at all times.

If you think about how the majority of us ‘able-bodied’ people coped during the pandemic, when we weren’t able to go out and about as we usually do, and how it affected our mental health – well that is just a fact of life for a lot of people without a global pandemic.

What are some of the systemic issues of public transportation facing small communities?

My home community and in fact all of Northern Manitoba, no longer has a public bus system. There is no public bus option to get people from my home to Winnipeg. My mother has a heart condition which means she has to go often to the hospital in Winnipeg, which is a 7 hour drive if you have your own vehicle. The option before was a mount-stop bus service that took around 12 hours but now that is no longer available.

My Indigenous band had tried to get a bus service up and running, but they have been stone-walled for a variety of reasons. The main stumbling block was that the land base was spread out. We have the main reservation and little blocks of land scattered around that would each want service. There were transportation scheduling issues, payment, bus stop and hours of operation.

What if we can solve the transportation problem? What are some of our options?

Back when I was trucking I visited a lot of small towns, many of which didn’t even have a sidewalk into town. Meaning sometimes I would have to walk twenty minutes in ditches to get into town from my truck stop. The US can also be very serious about their property laws, so I didn’t want to be wandering around or walking through people’s property in order to reach the nearest town or safe sidewalk. One time in Wawa, Ontario, I encountered a snowstorm which made it completely impossible for me to reach the town on foot to get some groceries. I asked a truck stop fuel attendant if they new of anyone or a local cab service that could give me a ride and they gave me the number of this guy who picked me up, took me into town to get my groceries and back to my truck for $20 – which was a lifeline for me at that time.

In Washington there is also a thing called ‘slugging’. It’s a free carpool service that gives you extra bodies in your car so that you can use the HOV lanes.

What can we do to fix transportation problems?

In my opinion it always comes down to funding and who gets subsidizes. From my understanding some of the smaller cities don’t get as much funding as bigger cities and so they have to increase their fares every year. It’s often marginalized communities that get adversely affected as well. Their voices, which are already small to begin with, get cast aside. These communities are so rarely heard, they may not even think their opinion or voice will do anything to change the system or trust that it’s okay from them to a seat at the table.

As an Indigenous person growing up in Canada, I grew up with this idea that even though there were treaties with certain fiduciary responsibilities on the part of the government, I just remember that anything we did bring to the government, we were often told ‘no.’ It has taken me a couple of decades to recognize this and to realize that communities being told ‘no’ so often dampens them to even want to ask the question in the first place. How do we fix this? How do we let these communities know that their needs and opinions matter. On the most basic of levels this could be better community outreach programs.

What Indigenous-run businesses do you love and why?

I have a special focus on this. One I actually sponsor is an archaeological podcast, called Heritage Voices. The goal of the Heritage Voices podcast is to provide a platform for indigenous voices in Anthropology, CRM/Heritage, and Land Management discussions. The podcast features interviews with tribal members, descendant community members, and other Heritage/Cultural Resource Management professionals on tribal consultation, collaborative ethnography, and indigenous archaeology, etc.

Native Woman Running is another amazing business. Their mission is to build and nurture a community that features and encourages Native women runners on and off the reservation. They strive to increase visibility in the running world nationwide and worldwide for historically excluded runners. They also host events such as this years 2022 MMIW Virtual Event, which was held in solidarity with Missing and Murdered Indigenous Women, Girls, and Two-Spirits, grieving families, and individuals working on the frontlines to end this epidemic of violence against Indigenous people.

If you would like to watch more of our #MultiModalMondays webinar series’ visit here.