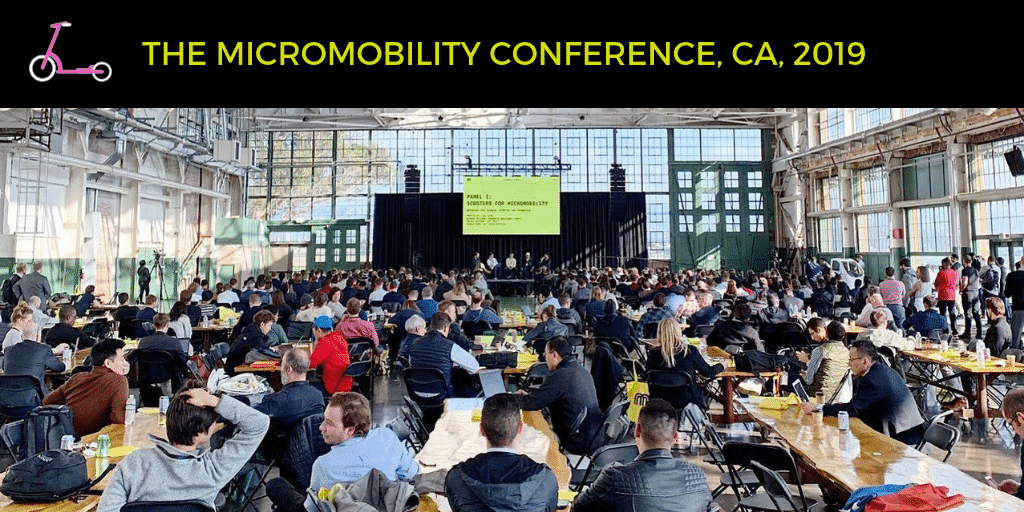 Micro-vehicles, such as e-mopeds, electric bikes, scooters and even hover board demonstrations took place this year at the first ever, North American, Micromobility Conference in Richmond, California on January 31st. With over 650 delegates in attendance for its first event, there is undoubtedly much interest in this space. Investors, micromobility providers, and providers who support these services were in abundance.

The successful rise of the micro-vehicle as a substitute for the car in San Francisco has been has been adopted by other North American cities and is continuing to grow in popularity. It was no surprise that California, the epicentre of micro-vehicle revolution, was the first to play host to the Micromobility Conference.

Last year we discussed micro-vehicles within the urban mobility landscape. This time, we take a look at how the microbmobility market has progressed within the past year, the highlights of the Micromobility Conference in California and what effect the future will have on this trending method of transportation. 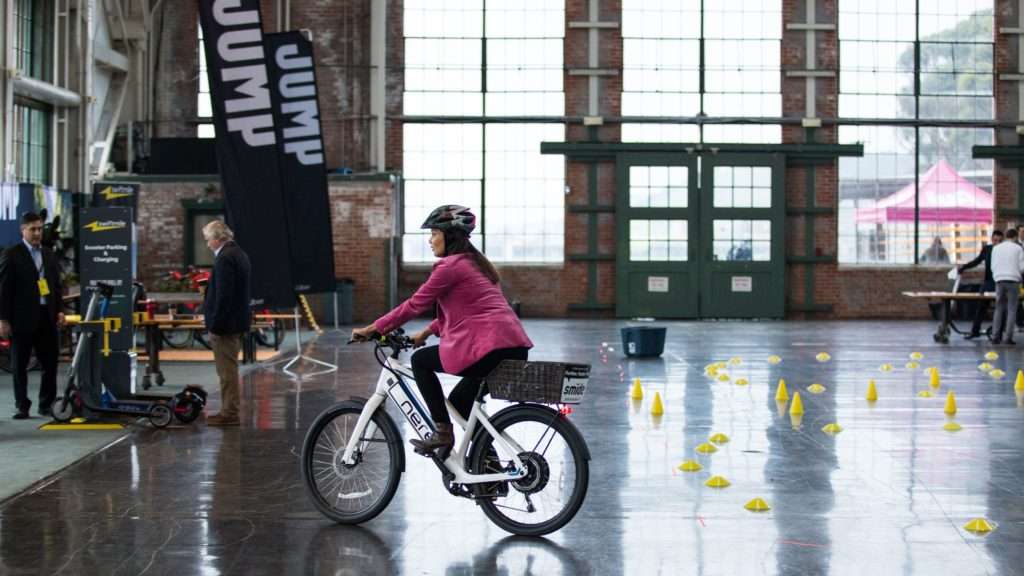 The first and last mile problem refers to the issue of traveling very short distances — a few miles or less — to get from your origin or destination to or from the nearest transportation hub – without the use of a car. For example walking from your home to a train station or transferring between buses. According to Caroline Samponaro of Lyft,

“If 40% of car trips in the US are less than two miles, and people are making many short trips in cities every day, there is a tremendous potential for us to make those trips on bikes and on scooters, and for those trips to be connections to public transit.”

Micromobility has been defined as “utility focused urban transport, sub 500kg vehicles and predominantly electricaly powered,” according to Horace Dediu, founder of Asymco and the Micromobility Conference. It is easy to see how successful micromobility has become when you take a look at the current players in the market, such, carshare giant Lyft and companies such as Bird, Lime, Skip, Scoot and Spin.

It isn’t just North America either. In the last two years, micromobility transport has exploded in countless cities across the world. Over twenty million dockless bikes were launched in China, thousands of electric push scooters litter the streets of Los Angeles and the surge in e-moped popularity can be seen across European countries. According to the Mobility Conference in California’s website, it is “the fastest technological adoption in history.” Since 2015 more than $5.7 billion has been invested into micromobility start-ups, some of which has amassed valuations that exceed $1 billion. The market is expected to boom by 2030 with a valuation of £200 to $300 billion in the US.

The wide success of micromobility has not been without issues however. One of the speakers at the Micromobility Conference, highlighted the safety concerns that micromobility proposes. The picture below depicts the magnitude of the problem. Needless to say, if we heard 42 Boeing 737-800s plane crashes with 100% fatalities we would not tolerate this from the aerospace industry! 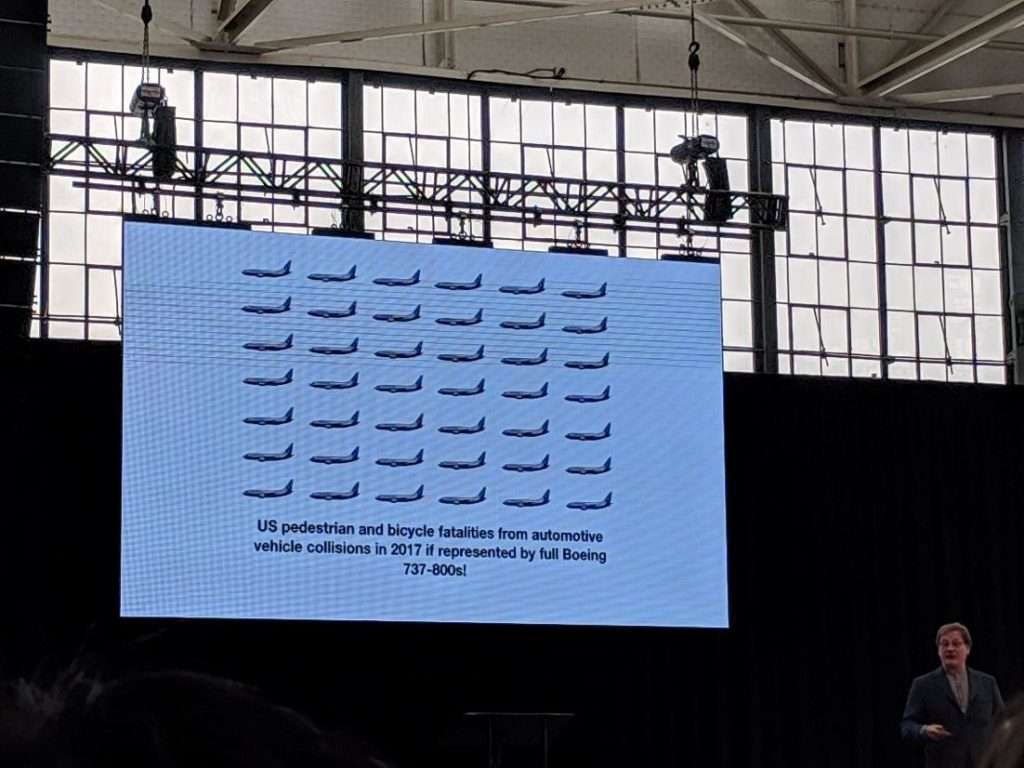 This naturally alludes to the question of how safe micromobility is and if or what measures need to be put in place by the city to protect its citizens. A good first step is to have a standardized format and metrics that operators need to submit. Based on the current available data, the speaker pointed out that it is hard to draw conclusions from some of the cities. For example, in Los Angeles there were 249 e-scooter related emergency room visits between September 1, 2017 and August 31, 2018. Unfortunately, we don’t know how many trips were taken during this time period so it’s hard to know if this is a large number of incidents or a small one!

One company at the Micromobility Conference focused on rider insurance, RideWatch. The business model focuses on offering riders coverage in the event of a crash or malfunction when using a shared scooter, bike, and other micro-mode. The company has found a gap in the market that most auto and motorcycle insurance plans won’t cover as there just isn’t enough data yet.

As the bigger players enter the micromobility market more funding is being channeled into scooter safety. Lime, for example, will spend $3 million to fund an outreach effort focusing on education scooter safety and operation. The Respect the Ride pledge will ask riders to practise safe riding practices. The first 25,000 riders to sign the pledge will receive free Lime helmets in the mail for showing their support. 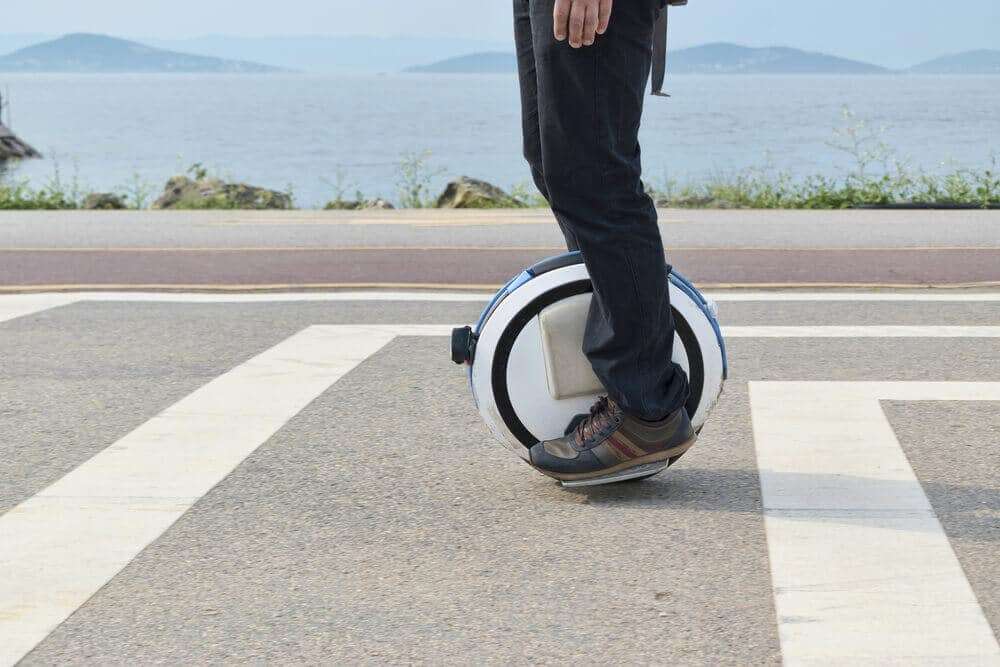 THE micromobility trend of 2018 was the e-scooter, however new vehicles and micro-modes are appearing in the wake of the scooters success. Some of them were on display or being demonstrated at the Micromobility Conference.

Starting with monowheel vehicles, there is the gyropod. This product has been around for some time, but due to its steep learning curve it is not as popular as its two wheeled counterparts, particularly in the shared vehicle market. The more popular vehicles consisted of sit-scooters, e-bike/e-scooter hybrids, hoverboards and even trickier, hovershoes!

One of the most interesting projects at the conference (on three wheels) was a vehicle that we have discussed before in a previous article, Velometro’s Veemo. The company launched five vehicles as part of their pilot in Vancouver BC last year and is hoping to expand citywide in 2019. The Veemo is cross between a bike and a motor vehicle. They are fully covered but contain handlebars, pedals and breaks. Their solar-powered units have an electrical pedal system that assist the rider up hills and over rough terrain.

One huge advantage of the Veemo is that a driver’s license is not required as it is legally classified as an electric bike. It is an inclusive method of transport, offered to all members of the public. “A trifecta of human, battery, and solar power makes Veemo the cleanest, meanest, and greenest vehicle on the road. Veemo provides a clean and sustainable transportation alternative.” 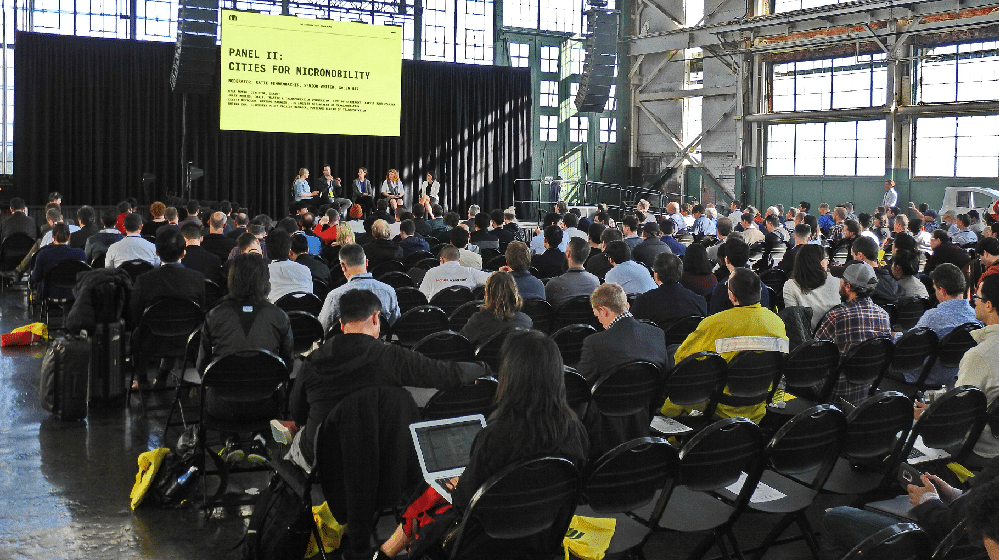 One of the most interesting topics of the day included the Micromobility Panel with the CEOs of scootersharing companies such as Spin, Jump, Skip and Pony. The moderator asked thoughtful questions and sometimes even put the CEOs on the spot,

“Scootersharing primarily involves a network of scooters, hardware and software to connect them with a user-friendly app. How will you differentiate from one another?”

While perhaps some of the CEOs were not willing to share, the CEO of Skip, Sanjay Dastoor, had the clearest vision of how the company can improve; offering that his team is working on providing scooters that will be a differentiation point. Since today’s current scooters, that were built for personal use, are struggling to keep up in a commercial use setting it is becoming increasingly important to these types of startups to provide equipment (scooter) that can hold up to the various elements and type of use. Interestingly, when the moderator asked how concerned they are about seasonality (trips falling), most CEOs provided a rank of 3 out of 5, indicating that it wasn’t a pressing issue.

What’s interesting though is the opportunities that have arisen from micromobility for after-market providers. A few years ago, it’d be underheard of to have an insurance policy geared towards micromobility. And yet, companies such as Foundershield offer it today and Ridewatch is launching soon. Given the conversations around safety is likely to popularize in the upcoming years, it will be imperative that users feel safe and taken care of – which these companies can provide.

While some may scratch their head at the valuations some companies have received, it is clear from this conference that micromobility is here to stay. While the business model still needs to be sorted out such as safety, government involvement, policy, and pricing, these are common hurdles that any new, infant industry experience. Arguably, these are similar challenges we saw with the carsharing industry when it first began to gain traction.