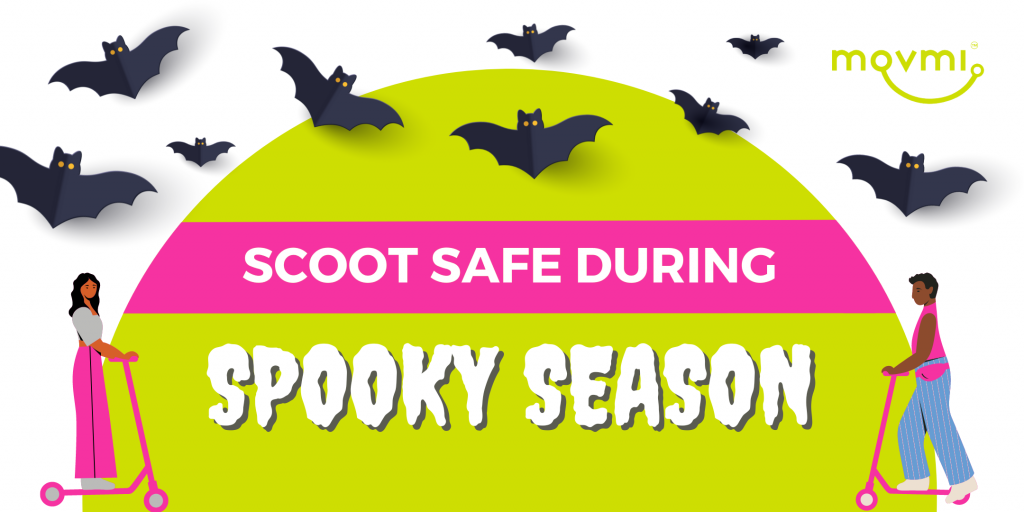 We might be in the middle of spooky season right now, but no one wants to feel afraid when using micromobility services. Though fall might bring along some unwanted weather conditions, users shouldn’t have to give up riding their favorite shared-scooter service until the weather improves.

In this article we take a look at some of the things both providers and users can do, to make riding micromobility safer throughout Fall and Winter. Let’s leave the jumpscares for haunted houses and horror movies.

What Service Providers Can Do To Make Micromobility Safe

Over the years, we’ve seen cases of operators being forced to pull vehicles off the streets after vehicles malfunctioned causing accidents or of batteries catching on fire, leading to halted operations, vehicles recalls and lawsuits. Vehicle design has undoubtedly evolved over time, but it goes to show the importance of regulation in establishing technical standards to insure vehicle safety, like we have for automobiles.

As we roll into Fall and inevitably Winter, it’s important for operators who are not suspending their services to have a cold weather contingency plan for their fleets. An example of a service that has a robust winter plan is Stockholm-based Voi. Founded in August 2018, Voi operates in about 40 European cities, including 16 Nordic ones where average winter temperatures range from -6°C (21°F) in Tampere, Finland, to 6°C in Copenhagen (43°F). Voi’s “Jack Frost” winter plans include limiting scooter speeds in snow, working with local plowing companies, restricting riders to well-plowed areas and the heated streets of some city centers, and disabling its fleet in particularly treacherous conditions like black ice.

Like Voi, most European scooter companies have a winter contingency plan, perhaps because cold weather is a fact of life in so many of their markets and they are generally more interested in working to maintain service throughout the winter months. Berlin-based Tier Mobility is another such company with a Winter plan. In 2019 Tier rolled out a scooter model better equipped for winter conditions, with features like a bigger front wheel, brighter lights, and rear-wheel drive.

Studies have shown that the majority of micromobility accidents involve novice riders or alcohol consumption and operators have been responding to this in different ways.

Some companies have introduced in-app cognitive tests to deter riders from drink riding. Those that fail are advised to use alternative forms of transportation, sometimes even offering said options directly through the app.

Others are creating online learning platforms aimed at improving the behavior of riders who have broken rules. Neuron’s platform, for example, includes videos, quizzes and educational games targeting users who have been temporarily suspended or reported for unsafe riding or bad parking. Bird has introduced an in-app feature that caps vehicle acceleration for first time riders, who are only able to switch to a normal mode after completing their first ride.

Now that we are moving into the colder, Winter months, rider education is as important as ever, if not more so. If you are a micromobility provider who is planning on continuing operations into the Winter season, make sure you are offering up-to-date safety information for riders. Include tips for how to ride safely during unfavourable weather conditions, such as, wearing reflective and safety gear (eg. helmet), riding slower during wet or icy conditions, planning your journey to avoid busier more congested areas.

No matter how careful we are, accidents happen, and that’s why we need to have insurance. When using shared micromobility services, insurance is provided by the operators and the cost is covered by the price of the ride. This usually includes:

a) rider’s personal coverage for bodily injuries they may suffer while riding the shared vehicle;

b) rider’s liability coverage for bodily injury and property damage caused by the rider to others.

When it comes to privately owned vehicles, however, the situation is not so clear. As it happens with many aspects of micromobility, insurance is a topic that varies greatly from country to country and that is still within a regulatory void in many markets.

In the U.S. for example it’s up to states and cities to establish their own insurance laws for electric scooters and only two made it mandatory. In France, on the other hand Insurance is compulsory for all VAEs (vélo à assistance électrique), including e-bikes and e-scooters whose power exceeds 250w or whose speed exceeds 25 km/h. In comparison, even though insurance is mandatory for e-bikes in the UK, there’s no such provision regarding e-scooters which are in practice only permitted to be used in private property.

What Users Can Do To Ride Safely

The manner in which the e-scooter is used, is just as important as vehicle design. A study conducted in 2021 by the Forum of European Road Safety Research Institutes (FERSI) mapped out the regulations for e-scooters in different European countries. The findings can be seen in the table below. Green means the measure is applicable, red means the measure is not applicable and orange indicates that the information was not known for that country.

As the table shows, there isn’t a widely adopted set of common rules. Sometimes that is even true within the borders of a country. For example, in Canada, some cities only allow the use of personal e-scooters, while others permit only shared vehicles. Maximum speed varies from city to city as well as the requirement or not for a helmet.

If you are planning on taking a Fall or Winter vacation this year, it is important for riders to do their due diligence and investigate the local rules for micromobility before hoping on a shared e-scooter. Make sure you protect yourself and others no matter where you are in the world.

Keep An Eye Out For Wet & Slippery Surfaces

Unless you live in one of those rare places that can’t ever seem to escape the heat, your home probably experiences at least some wetness during the Fall and Winter seasons. From occasional rainfall to full-on snowstorms, even a pile of wet leaves can make your favorite paths a safety hazard.

So, it’s a good idea to exercise caution and stay vigilant for any slippery streets that could reduce your traction. Try maintaining the following precautions during your trip:

Since the Fall season is known for its limited supply of daylight, you could find yourself cruising home on an electric scooter while your surroundings are pitch-dark. As such, drivers, joggers, dog walkers, and others might not see you if you blend in with the shadows.

To keep yourself from crashing into another innocent pedestrian during your evening ride, make sure you’re as visible as possible by following these tips:

If you would like to learn more about e-scooter design and their capabilities from four of the top scooter share providers, check out our free whitepaper ‘Evaluating Shared Micromobility.’ 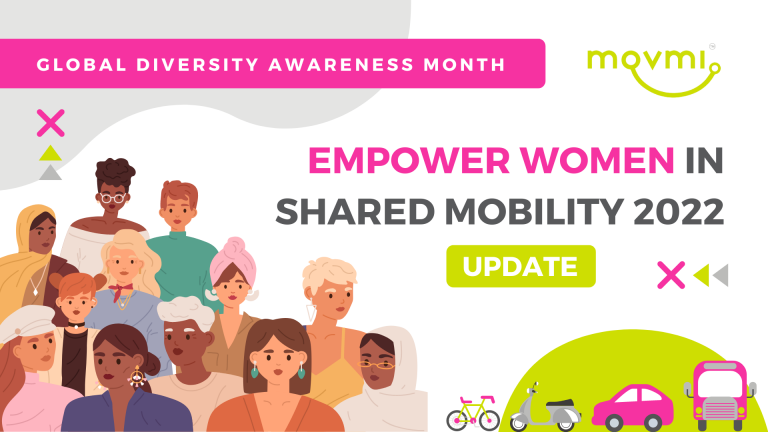