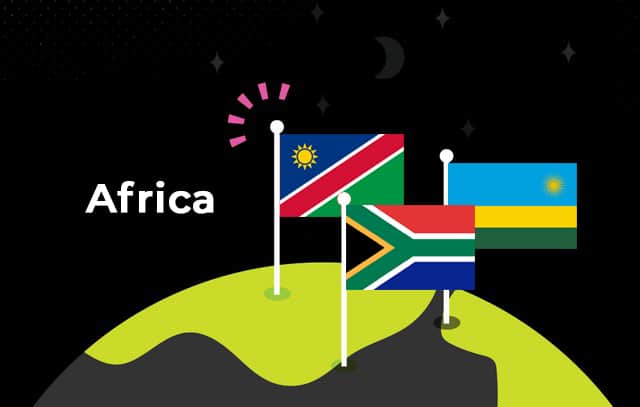 Last time, our shared mobility by region series delved into the shared mobility offerings ‘down under’ in Australia and New Zealand. This month we take a look at the emerging market of African shared mobility. Africa is the world’s second largest and second most-populous continent – it covers 20% of the Earth’s total land area. Over forty percent of the one billion people living on the continent live in urban areas. This figure is estimated to rise to fifty percent by 2030.

However, between thirty and fifty five percent of sub-saharan Africans are classified as living in poverty. Car ownership in Africa is 2% per capita compared with 70% in the United States and 50% in Europe. However, like other countries, personal transport in Africa is made up using a mixture of modes, such as motorcycle taxis, commuter taxis, cycling and walking. Its large land mass and high population gives the region great potential for successful shared mobility. The continent’s transit sector is evolving with the emergence of new transport modes such as bikesharing, e-ride/carsharing, the implementation of electric vehicles and in some areas, piloted drones. Read on to learn more about the shared mobility offerings in Africa. 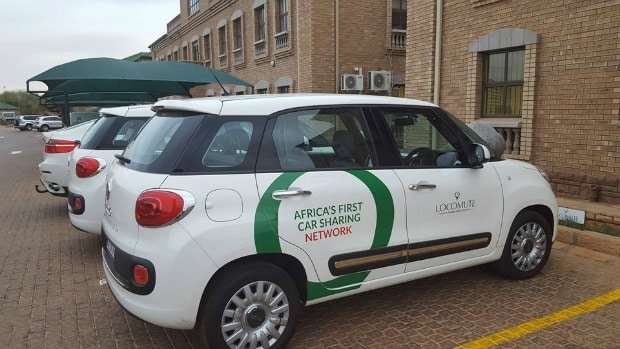 Car sharing is not a new concept in African shared mobility. It’s been around longer and is more popular than in Western countries. In fact, carshare company Lyft, originally Zimride, was a homage to the country of Zimbabwe where, during a post college trip, founder Logan Green was inspired by the widespread practice of car sharing.

In the region, distances are generally long and with public transportation infrastructure often underdeveloped. Furthermore economies are not in the best state of health, this is why Zimbabweans (and most of the sub-Saharan population of Africa) have no reluctance when it comes to sharing a ride. This is not simply a consequence of poverty, but rather a result of culture and habit. Having limited access to thriving financial institutions, Africans have cultivated and maintained powerful systems of social cooperation.

Food, accommodation and travel requirements are just a few of the many contributions made to the shared pot. The emergence of smart phones and wireless technology has finally caught up with society. Peer-to-peer technologies now enhance the already thriving shared economy within the region.

This improvement in technology has allowed for car share operators to bring their services and platforms across the continent, such as Locomute. Locomute launched in May 2015 and was Africa’s first car sharing networks. It is targeted at users who need to use of a car for short trips or one-way trips and there is also a short-term rental option of up to three months. It works the same as other car-sharing apps in which 24/7 access to a number of cars are available to those who register. The user only pays for the exact amount of time they use the car and fuel with insurance and parking expenses are all included in the cost. Locomute currently operates in South African cities such as Johannesburg, Pretoria, Durban and Cape Town.

The continent does still face issues with regards to car sharing. Some of these include fractured road networks, decreasing air quality in major cities due to increasing motorization and inadequate road safety measure, causing higher rates of vehicle accidents. African governments are looking at more holistic ways of creating transportation infrastructure such as rapid bus services, electrified rail systems and shared transportation options such as bikeshare, ride-hailing and car share. 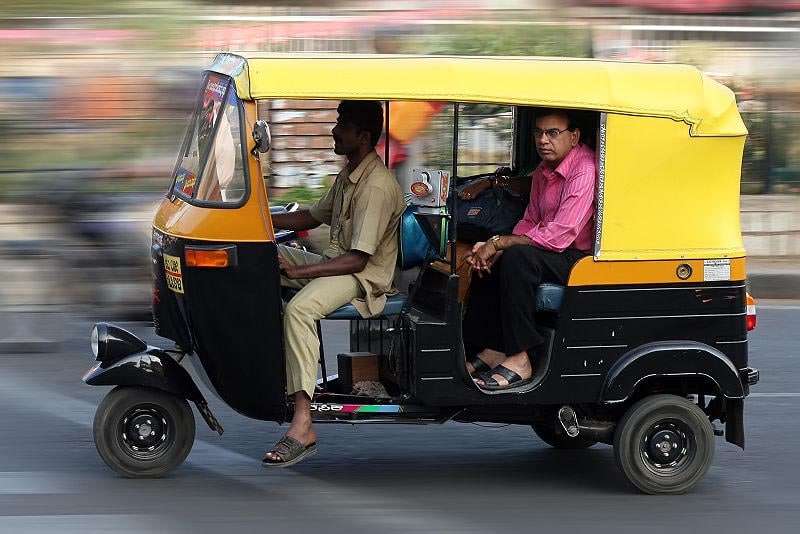 As previously mentioned, car ownership is low across the entire continent. In 2014 there were only 35 cars per 1,000 people according to US government data. Despite this low car ownership, Volkswagen is planning to build a car factory in Rwanda, where only a tiny fraction of the population can afford to drive. This is because over 35 percent of Rwandans own a smartphone, and apps are the starting point for any ride or car-sharing service. Volkswagen plans to focus on vehicles created for car-sharing and ride-hailing rather than selling new cars makes perfect sense.

Currently ride-hailing, however, where a dedicated driver picks you up, is less popular than carpooling from a pick-up point. One of the biggest players in the market is Uber, but not everywhere. Uber is illegal in Namibia due to concerns over foreign profiteering and tax avoidance.

However, informal shared mobility offerings are very common within African countries, this is due to the high cost of transportation. Technological advances are helping to improve these solutions, which range from small three-seater auto-rickshaws from Mellowcabs and Tuk Tuks from Bajaj Auto, to full-size vehicles and buses such as the Kiira EV Smack and Kayoola Solar Bus from Uganda. Nairobi also has privately owned minibuses by Matatus and in Namibia, Windhoek has a successful taxi share system.

Africa currently has more than 50 e-ridesharing services in 21 countries although coverage is still limited. In Uganda, commuters are only able to use Uber within the capital Kampala and some surrounding peri-urban areas. E-ridesharing is still unaffordable for lower income groups, however new solutions are addressing these customers needs, such as Sendy, ZayRide and Mondo Ride, companies utilizing motorcycle taxis and three-wheel ride options.

The need to improve these informal transport platforms is widely acknowledged across the region. In response, companies are offering ICT options such as Flashcasts in Kenya, which uses GPS to track vehicles as they move to inform users of stops.

Another company is WhereisWhereismytransport.com which captures data such as transport routes, fares, and frequency of public transport. This app focuses on informal transport solutions such as commuter taxis and auto-rickshaws. It combines this data with formal transport systems like rail, bus and Bus Rapid Transit data, so the user can plan their entire journey effectively.

Carpooling is arguably the most popular method of African shared mobility. South Africa’s Jumpin Rides launched in August 2016, and since then has built a community of more than 11,000 users. This is a peer-to-peer platform that connects private car-owners with passengers going the same way, who only contribute towards petrol costs. This is a more cost effective way for people of lower incomes to travel within the region.

Another company that focuses on the carpooling economy is Nigerian startup Jekalo. Similar to Jumpin Rides, Jekalo focuses on the drivers and allows them to set their own destinations at any time, as opposed to Uber which only allows a driver to do that twice daily. 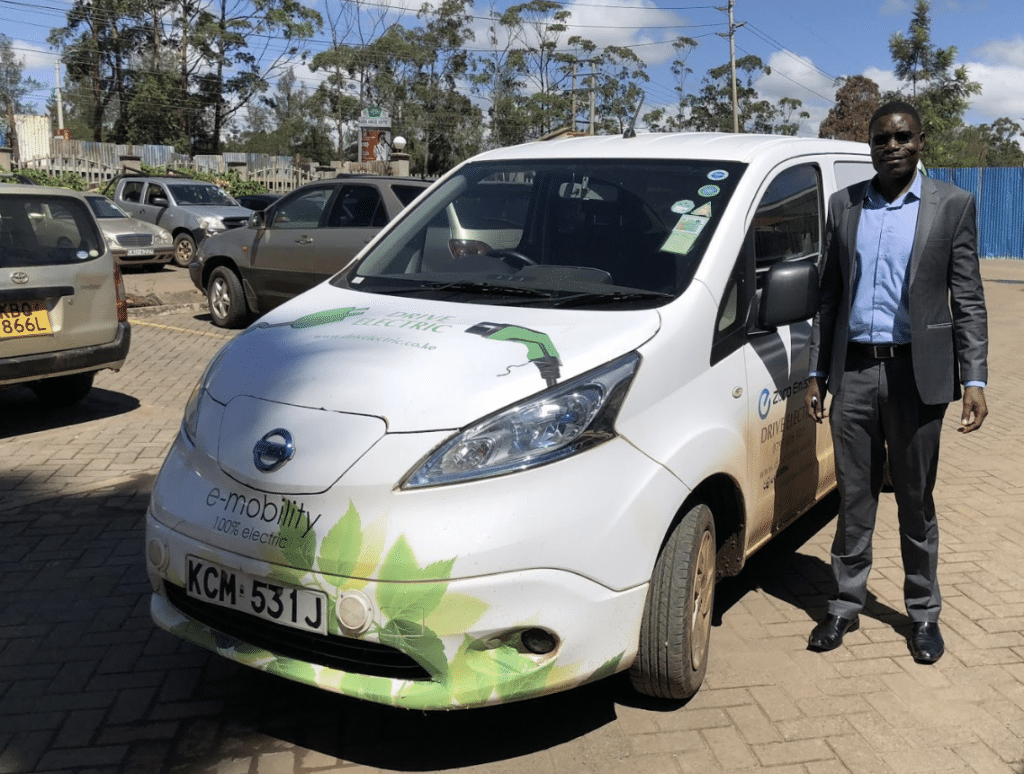 Rather than relying on gasoline or diesel, with the aim of reducing operating costs and improving air quality in cities, African shared mobility vehicles are becoming electrified. Uganda is pioneering in the design of electric cars, while Kiira Motors Corporation in South Africa currently leads in the number of electric vehicles.

A challenge EVs face, particularly in the Sub-Saharan region is the reliability of the power supply and the cost. Electricity blackouts occur on a daily basis in 30 out of the 48 countries, and electricity prices can be more than double those in the US and China.

However, in 2017, 77% of Kenya’s electricity demand was met through renewable energy. Most African countries are now looking to renewables such as solar and wind to grow grid capacity. In order to combat fuel dependency in Sub-Saharan African, EVs powered by electricity and running on battery storage, offer a potential solution. EVs can also help improve the air quality in Africa’s most congested cities are they produce no direct emissions through the exhaust pipe. 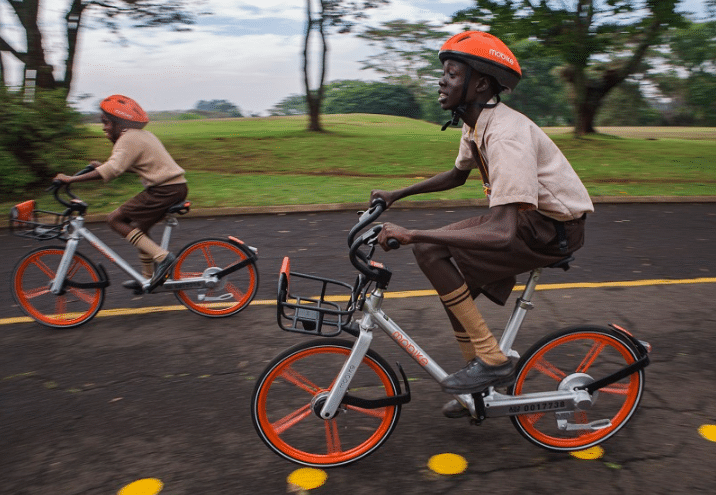 Bike sharing in African cities has lagged due to a lack of dedicated infrastructure. With very few bike lanes and the perception that cycling is for the poor, bike sharing has not been the priority for most African governments. It has struggled to take off in a region where road networks favour motorists. The lack of bicycle lanes puts cyclists in danger who are fighting for space against motorbikes, cars and bigger vehicles.

However there are a few bike share platforms available within the region. Marrakech was the first African city to get a bike share programme in 2016 with the support of the United Nations, Medina Bike. The program was launched in a bid to reduce traffic jams and air pollution and enable more people to get around their cities, improving job opportunities.

Mobike, the world’s largest smart bike-sharing platform, also released a bike sharing scheme in the UN compound in Nairobi in May, 2018. The bikes were part of a bike-sharing showcase planned for the Africa Clean Mobility Week in a bid to spread awareness of the benefits of cycling for its users within the African shared mobility market. 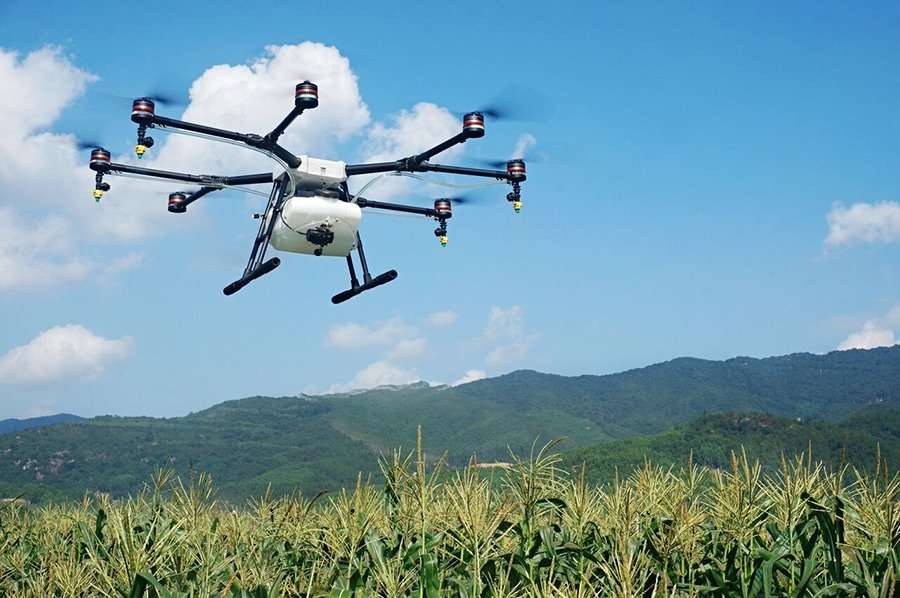 A relatively new but fast evolving transport solution that is gaining traction in Africa are drones. Drones from Zipline and Vayu, for example, are being used to make medical supply deliveries to and from remote areas in East Africa, such as the Lake Victoria basin, home to 35 million people. Many people in this region live in extreme rural and hard to reach locations, separating them from vital services, produce and medicine. This is why the Tanzanian government has teamed up with four organizations, including UNICEF and the World Bank, to look at the potential of deploying drone technologies in the region to provide support and growth to the local communities. 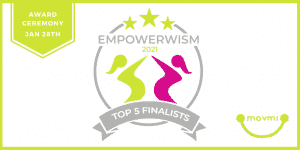 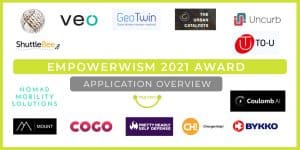 The judging of our applicants is now well underway for our EmpowerWISM 2021 Award! As you know we have been hosting the Women in Shared Mobility interview series for the past 5 years to… Read More 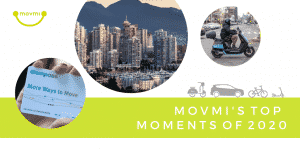