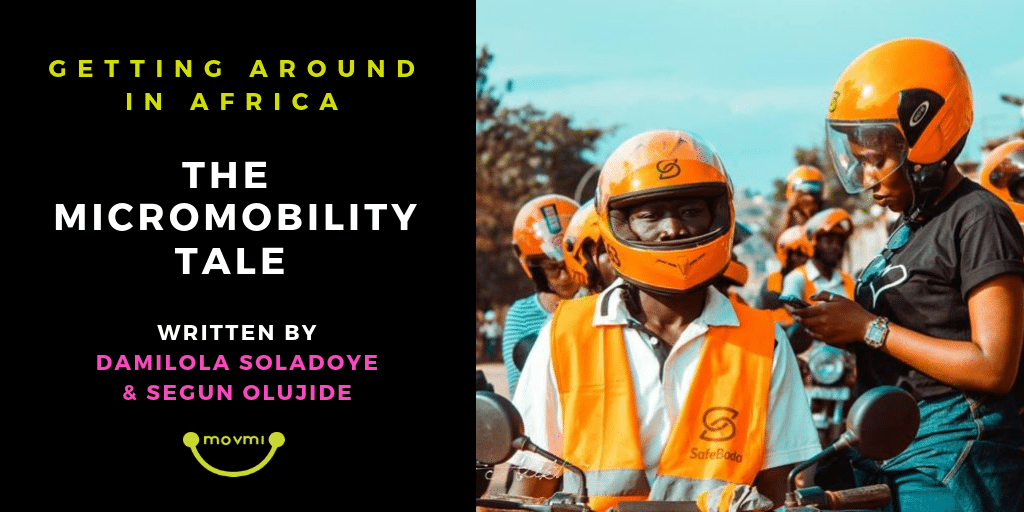 Whether it’s to get groceries, a short trip to the bank, or to and from school for kids, the short trips made in and by Africans are a tale which can only be told by those who have experienced it first hand, but by reading this post, you will walk away with a glimpse of this narrative.

Like humans, a majority of our daily trips consists of short to medium trips of mostly between >0.5 miles to <5 miles. A report showed that roughly 60% of all US trips are 5 miles or less and this is in no way different from behavioural patterns in Africa. Perhaps, this is a universal trend where all of us want things at close proximity? We definitely all love to get things done in close proximity to our regular comfort zone, no one wants to travel a great distance to get groceries, get to work, attend spiritual gatherings or even to enjoy the company of friends.

Getting around in Africa – The Micromobility Tale

To properly breakdown the micromobility situation in Africa, it would be safe to say different transport options are being utilised by different people in different geographic regions. This is based on culture, availability, demand and need. For the purpose of specificity, we would be looking closely at sub-Saharan Africa with a little brief on how people get around today in the North African region.

Africa’s population and its predominant growth is one which speaks for itself. A continent of over 1 billion people with about 40% of the population all clumped up in urban areas demands a strong and sustainable transportation system to ease the high demand of the population. But in most parts of the continent, governments have struggled to meet the demands of the vastly growing population. Though efforts have and are being geared towards rapid public transit systems in many African countries, they still are not adequate and reaching large number of people. In many cases, most individuals opt to informal public transit options such as Danfo (Nigeria), Dala Dala (Tanzania), Matatau (Kenya) and Gala Gala (Gambia) to mention a few. In addition to that there are 30-55% of people living in poverty in Sub-Saharan Africa and car ownership is out of reach for the vast majority of the population (30-70 cars per 1000 people).

This is why a whopping 75% of daily commuters in sub-Saharan Africa walk to and fro wherever they need to go by way of necessity. But what about micromobility? Which forms of micromobility are currently adopted in the region?

As most Africans do not have the ability to afford a car and also do not have access to financial services to lease cars or rent them, most middle-class Africans often use other cost-effective means of transport to cover short distance trips. For instance, motorcycles are locally known as “Okada” in West Africa or “boda-boda” in East Africa and Auto Rickshaws locally called “Keke Napep” (Nigeria). Communal and Moto-taxis currently account for 75-80% of motorized transport in Africa. Although these modes of transport have their advantage of being able to manoeuvre through traffic, none of them are electric. They are also very dangerous as drivers are known for being reckless at the expense of the passengers’ well-being. Africa has the highest number of road traffic accidents: of a total of 1.2 million deaths per year globally, over 225,000, or 19 per cent, occur on African roads.

To reduce the number of accidents on the road, state governments in Africa, such as the Lagos State government in 2012, banned motorcycles that have a capacity of less than 200 cylinder capacity (cc). These motorcycles were banned from operating on more than 500 roads and bridges in Lagos as most Okada’s on the road operate with a cylinder capacity of 150 or less.  Though with no clear infrastructure in place for Africas growing population, motorcycles are envisaged to still be in existence for a very long time, as a major portion of the population is heavily reliant on them. Smartphone penetration (doubling across Africa reaching over 226 million people) and the adoption of unique business models have led to the emergence of ride-hailing startups. Companies such as Gokada (Nigeria), Max (Nigeria) and SafeBoda (Uganda) have found it possible to provide a safer and more convenient means for users to request and board a motorcycle. For example, these companies provide training to their motorcycle drivers on road safety, provide helmets to passengers and also use motorcycles that have a capacity of more than 200 CC to adhere to the existing laws.

What of Non-Motorised Transport (NMT)?

So if most of the micromobility offered in Africa is using regular mopeds, what are the main forms of non-motorised transport in Africa?  The main forms of non-motorised transport in Africa include cycling and walking. Data shows that over $259 million is being spent annually on bicycles in Africa alone and more than 75 per cent of daily trips made by Africa’s average class population is by walking or cycling. This shows that there is a hidden cycling and walking culture amongst the population. Despite the heavy reliance on this means of transport, there is an absence of pedestrian and bike-friendly infrastructure which gives people no choice but to use the available forms of motorized public transport to get to their final destination.

Organizations such as UNDP and ITDP, have made the relevant effort in collaborating and partnering with government in various African countries to research and come up with sustainable NMT for the urban areas in the continent. Yet, just a few Government bodies in Africa have bought into their work and many still consider it as an unimportant venture to go into at the moment. Recently, the treasury in Nairobi, Kenya allocated Sh5.5bn for building city bus lanes, but rarely do we see such allocation being made in Africa towards any sort of NMT policy.

Can Bike sharing Solve This?

Bike sharing companies have been spreading like wildfire across different regions in the world. Companies such as Yellow, Jump, and Lime have made it convenient for commuters by placing smart-bicycles at strategic locations in cities, giving people access to a fleet of bicycles for a small fee. With this unique model, people don’t need to worry about the burden of purchasing and maintaining a bicycle because the capital and recurrent expenditures are taken care of by the companies themselves. Bike sharing as a model creates an alternative and flexible means of micro transportation in congested, busy and populated cities and communities.

Although these micromobility solutions have been embraced across different regions of the world, the map of Africa shows a lag in the adoption of this unique technology. Yet with Africa’s population growing at 2% each year, there is a clear need for an alternative transport means to reduce traffic congestion and increasing air quality across cities and communities. There are currently a few bike-sharing companies which have emerged in Africa such as Gura (Rwanda), Baddel (Egypt) and Cycles (Nigeria) to mention a few. Gura and Baddel have been able to successfully deploy in their respective cities but the poor infrastructure in other parts of the Region such as Nigeria (particularly Lagos) coupled with poor driving habits by users of the road, have left companies no choice but to look to closed communities such as universities and residential estates. They have good infrastructure set in place to launch their bikesharing programs for students and residents.

What is the way forward?

Even though all the odds are stacked up against startups launching across various parts of Africa, micromobilty is starting to pave a way, sometimes with a business model focused on universities residential complexes. Cycles is able to support such communities in Nigeria where the infrastructure clearly exist and the high population and land density exists. To develop micromobility further in Africa these three areas should be the core focus:

As said by a UN official, cycling and walking is the key to decongesting Africa’s cities. We believe that micromobility and bikesharing systems would significantly contribute to the wider adoption of non-motorized transportation and ease congestion and air quality issues in African cities. Collaboration with both local and international organisations to help drive this vision has started and we are hopeful that groups such as ITDP, LAMATA, AARTB, and UN-Habitat and many more are at the forefront of a better, more efficient and smarter micromobility story in Africa.

Is there another region you’d like to see covered in our Shared Mobility by Region series? If you would like to write an article and be guest feature on our blog, contact us here. 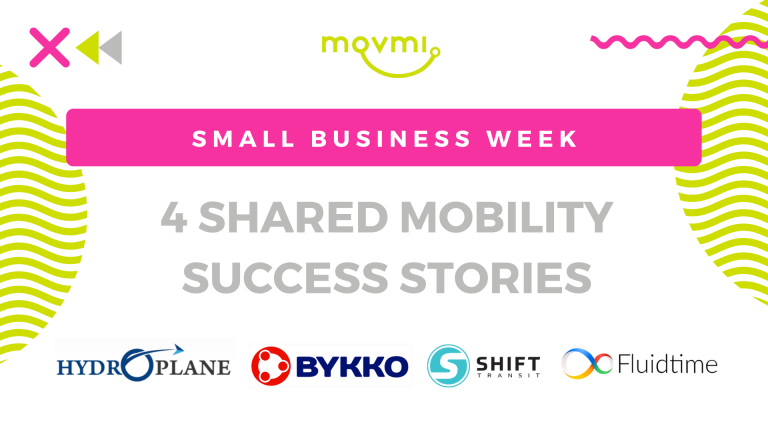 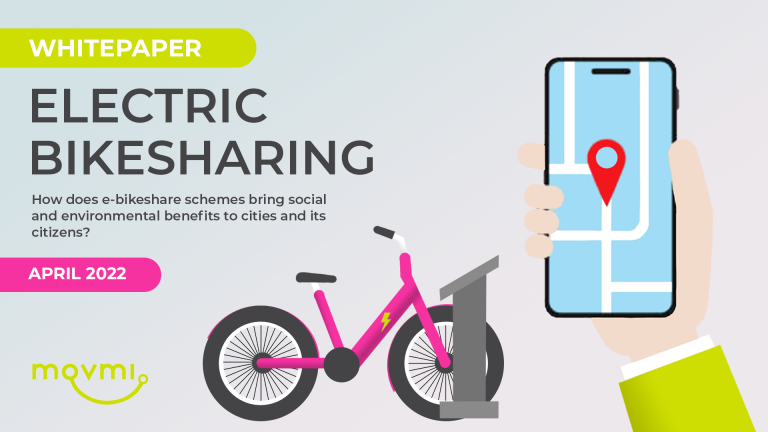 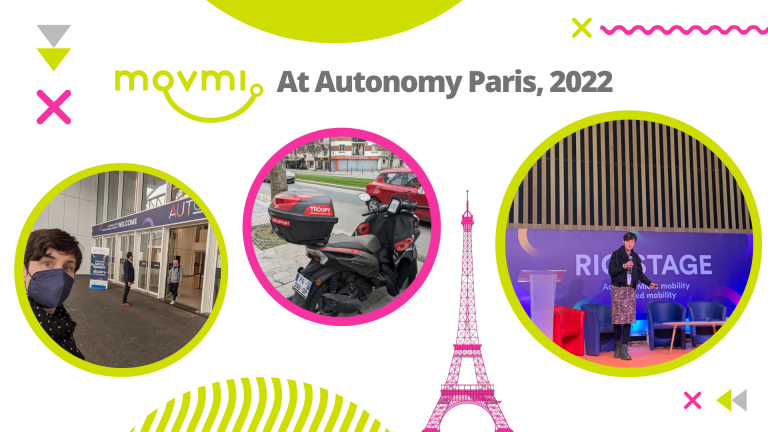 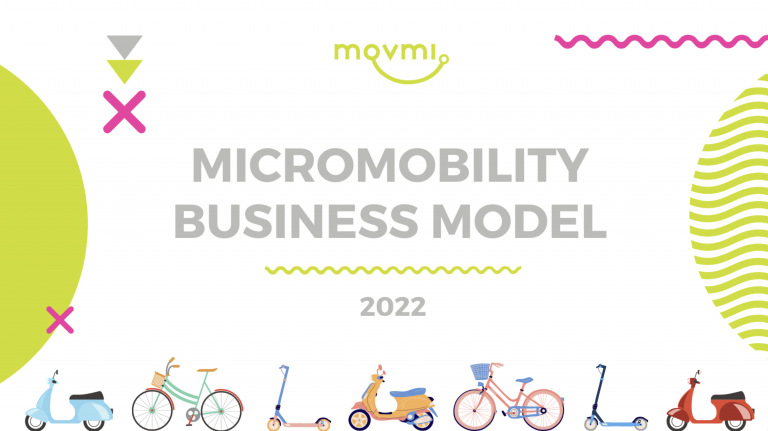 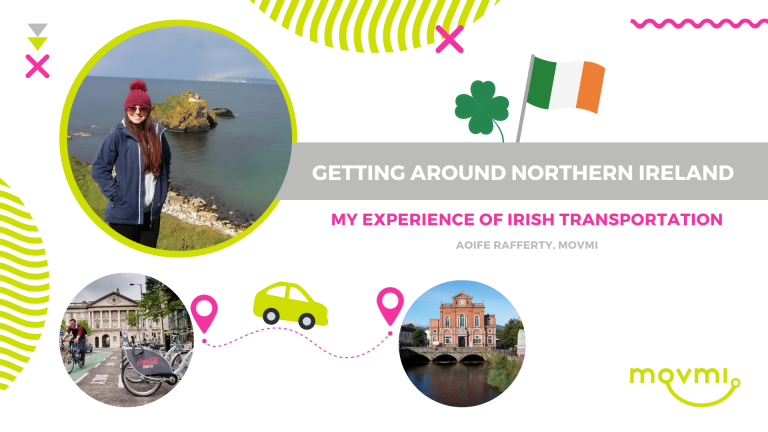