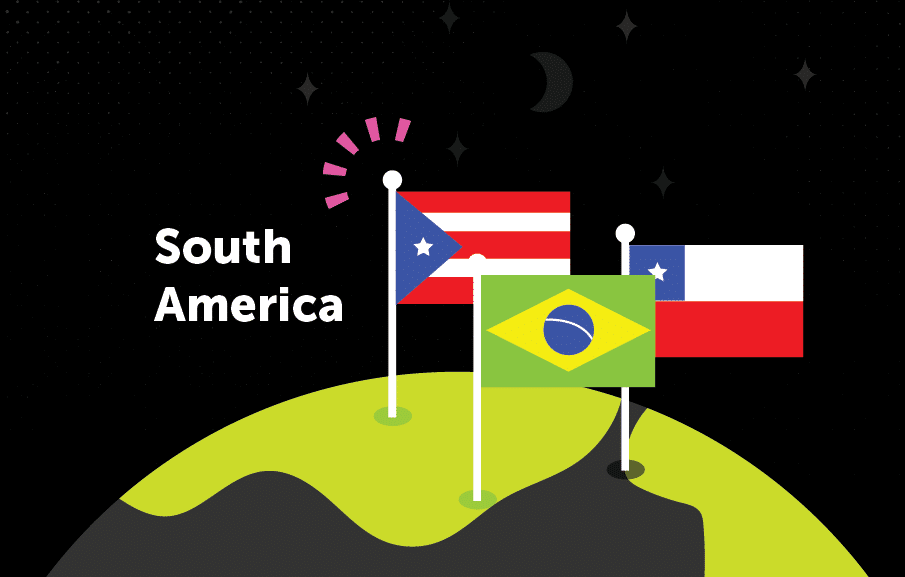 In last month’s blog post, our shared mobility by region series focused on the Middle East. This month we are diving into South and Latin American shared mobility offerings. Latin America is made up of 36 countries with a population of approximately 517 million people. Of this total, 30% of the total population live in cities with over 1 million inhabitants. The number of people living in cities in Latin America has increased six times within the last 50 years, but the public transport systems have not followed this growth, which is why services such as ridehailing, carsharing and bikesharing have increased in popularity. As the demand for more sustainable alternatives of transport meet the advancements in technology, it pushes Latin America’s culture of traditional urban mobility to the brink of massive change. Read on to learn more about shared mobility in Latin America. 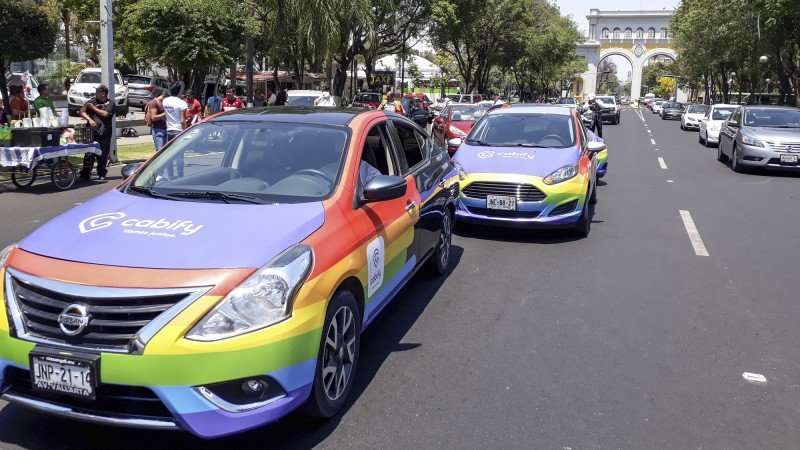 Unlike many countries in Europe and throughout the rest of the world, Latin America has traditionally been tied to the idea of car ownership. For most individuals it is important to have a car in your possession as it is seen as a prestigious asset. However, the tides are changing with the younger generation opting for using on-demand transportation options instead, such as ridehailing.

The revenue generated from ride-hailing in Latin America in 2018 amounts to $518 million (USD) and is expected to grow to $1,017 million (USD) by 2023, which is why the region has become a new commercial hotspot for ridehailing companies, with companies such as Uber, 99, Easy Taxi, Cabify, Beat and Nekso battling it out for the regions number one provider. The readiness of Latin Americans to try innovative transport solutions and the lack of efficient and accessible public transport systems has presented itself as the perfect opportunity for future business and entrepreneurship within the region.
Beyond the rising demand for alternative transportation options, Latin America is the world’s second-fastest-growing mobile market. There are 200 million smartphone users in a region of approximately 640 million. It is predicted that by 2020, 63% of Latin America’s population will have access to the internet, via mobile technology.
The main ridehailing service providers within the Latin American shared mobility market are:

Another form of transportation very popular within the region is carpooling. The lower costs per journey are attractive to members of the population who have a lower household income, as is the security of traveling in numbers in places where safety in taxis is not guaranteed. Companies that offer these services include; BlaBlaCar, Bynd and ALD Sharing.

In a previous blog post we addressed the carshare market within Latin America: carshare market analysis, and found that its car sharing fleet and membership has grown steadily over the past 4 years. Geographically, Latin America is the second largest shared mobility region in the world and Goldman Sachs has estimated that the car share industry will grow eightfold to $285 billion by 2030. However it is still far behind the top three markets.

Car sharing has only, within the last few years, become a phenomenon in developing countries. Of the developing countries, carsharing is most active in Central and South America, which has five systems in operation. However, car share providers face harsher obstacles while introducing this service to developing countries compared to higher income countries. Smaller Latin American cities that have a large population low/middle incomes, do not own cars but wish to someday. In certain areas, there just isn’t an economy for car sharing as it can be less cost-effective for longer leisure or tourism trips than a traditional taxi or public transit. Furthermore, high car crime rates in parts of the region also provide a disincentive for companies who plan on setting up a car-sharing scheme within Latin America.

However, the earliest adopter of carsharing in the developing world was Brazil. Zazcar was the first car-sharing system in South America, founded in 2009 and is still, successfully, in operation within Sao Paulo along with two other companies – GlubGT and Vamos.

Another country that has benefited greatly from car sharing, in Latin America, is Mexico. Mexico’s carsharing systems emerged in mid-2012 in Mexico City. Carrot launched with just three vehicles and grew to a fleet of 20 within its first two months. By January 2014 it had 60 cars with over 3,000 members. From the very beginning, Mexican carsharing operators have strongly positioned themselves as an alternate mobility option to public transit services and have been benefited from the support of local governments. Other car share companies operating in the Latin American region include; Urbano LDSharing (Brazil) and Awto (Chile).

Some of Latin America’s larger cities such as São Paulo, Mexico City, Bogota, do not have the necessary transit systems to transport commuters to and from work, particularly throughout peak, rush hours. This need for better transportation has encouraged multinational companies and startups to produce alternatives such as ridehailing, car sharing, integrated mobility and bikesharing.

The transition of the bikesharing into the economy has not been a smooth one, as governments are still trying to determine and regulate the new players in the industry and the competitive landscape that is forever changing. However, growing each city into a more sustainable environment and providing an answer to traffic congestion has become the objective for most of the Latin American governments, therefore bike sharing has been a welcome addition to the transportation sector.
Bike sharing in Latin America began in 2008 in Brazil and Chile followed by Argentina and Colombia. In the last ten years Colombia, Venezuela, Ecuador, Uruguay and Mexico have also played host to new bike share schemes within the region.

The largest bike sharing system in South America is soon to be realized in Brazil. PBSC Urban Solutions has deployed bike-sharing systems in six major cities of the country with the ultimate goal of deploying 8,000 bikes and 680 stations across the entire country. Additionally, Yellow bikes will also join the streets in São Paulo, providing dockless bikes and taking bikeshare to the next level. The company is even willing to work with a subscription-based payment model by which customers pay for a month of service at a time. Another country that has rolled out bike sharing schemes is Colombia. They spotted a problem for bike sharing in Latin America; heat, and have addressed it with their implementation of MUVO electric shared bikes in Bogota.

A new wave of sustainable transportation is hitting the streets of Mexico are electric scooters. Bird has rolled out its electric scooter scheme into Mexico City and is hoping to expand to other cities within Latin America.

The company starting out by deploying 100 scooters in Mexico City’s, La Condesa, Napoles, Polanco and Reforma neighbourhoods, without explicit permission from the local government. However, other dockless scooter companies operate within the city already, like Grin.

Grin is a popular Mexico City based electric scooter company that also has big plans for expansion across the region. The company is merging with Sao Paulo based company, Ride, in an effort to strengthen their position as a market leader within Latin America. 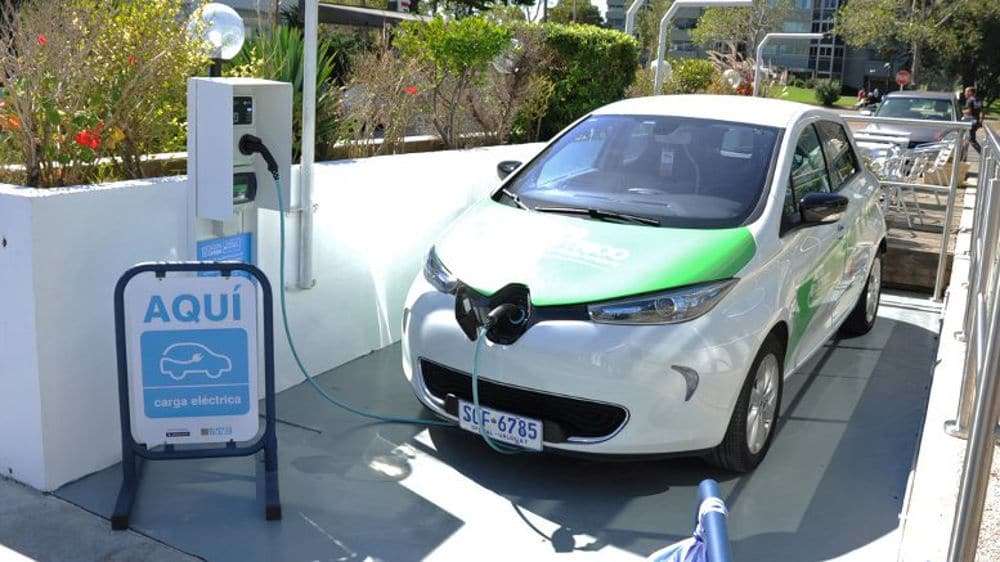 In a survey coordinated by Nissan, eight out of ten Latin Americans are open to buying an electric vehicle, showing an open attitude towards newer technologies being implemented within the region.
In the same report, when questioned about Autonomous vehicles, only 35% of those surveyed had heard about autonomous vehicles. Autonomous vehicle technology is not priority within the region’s transportation industry in comparison to countries like North America and Europe. However, similar to the attitude towards electric vehicles, 69% expressed willingness to use AVs after the concept was explained. Many of the participants stated that they believe autonomous vehicles could improve mobility and safety on the streets of Latin America and 70% believed that road accidents could be reduced with the integration of this technology. This report displays Latin America as a region open to new mobility technologies in the future.
According to Frost & Sullivan’s recent analysis, Latin America shared mobility, although rapidly changing, still focuses heavily on traditional modes and personal vehicle ownership. However, larger cities across the region are adapting to the newer modes of transportation with great ease and need, particularly ride hailing and bike sharing with 100% growth expected by 2023.
Is there another region you’d like to see covered in our Shared Mobility by Region series? We will be sharing one article every month covering a new region, and would love to hear your feedback and input here.
Note: This article has not been endorsed or sponsored by any of the providers mentioned and there is no affiliation between movmi and them.
Facebook
Google+
Twitter
LinkedIn